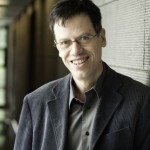 Philippe Froguel is MD and PhD. He passed his Medical Degree in 1986 (Paris 6 University, St Antoine Medical School), and he obtained a PhD in 1991 (Paris 7 University). At this time he was head of the diabetes laboratory at CEPH (Human Polymorphism Study Centre, Paris, chaired by Pr Jean Dausset, Nobel prize winner. He served as CEPH Secretary general and was member of the board of the French Genethon genomic centre. In 1995, he accepted a position of Head of Human Genetics at the CNRS Institute of Biology, Pasteur Institute, Lille, France. He is now Professor of Endocrinology-Diabetes at Lille University Hospital and Chair of the Inserm-CNRS-Lille University-Pasteur-CHU unit “Fonctional (Epi)genomics and Mechanisms of Type 2 Diabetes and Related Diseases”. He is also Professor of Genomic Medicine at Imperial College London where he chairs the Department of Genomics of Common Disease in the School of Public Health.

Philippe Froguel scientific carrier is focused on the genetics of complex traits in human, especially in diabetes (most referred world wide scientific author 1991-2001 in the diabetes field http://www.esi-topics.com/diabetes/authors/b1a.html and one of the most cited since), and in obesity and on their vascular complications. He published more than 500 publications so far. He has developed original candidate gene and whole genome approaches in the “diabesity” field which have lead to major discoveries: Philippe Froguel identified many genes responsible for monogenic T2D (glucokinase, HNF1, ABCC8/SUR1…) and obesity (LEP-R, MC4R…), as well as genes increasing risk for common T2D (including KCNJ11/KIR 6.2 in 1997) or for obesity (including FTO in 2007). In 2007, he published the first Genome Wide Association Study (GWAS) in T2D (“Breakthrough of the year” according to the journal Science, and most referred paper in T2D field since this date). In 2010 he showed that rare Copy Number Variants (CNVs) can cause highly penetrant severe obesity and in 2010 that gene dosage due to CNV can cause either obesity or extreme leanness. In 2012 he showed that rare mutations with major functional effects may contribute to T2D (Melatonin receptor 2) or to obesity (lipid sensor GPR120).

Philippe Froguel current research is mainly focused on the identification and functional analysis of rare mutations associated with T2D or obesity, on the impact of genome structure variation in metabolic diseases, on the role of epigenetic phenomena in T2D and obesity and on post GWAS meta-analysis of these diseases.